At Soil Steam International, we replace herbicides and pesticides with pure steam, distributing that steam in the soil to reduce weeds, pests and fungus by 95–100%. The farmer can then grow their fruits, vegetables or berries free of problems related to weeds and soil-borne pests and diseases. Herbicides and most pesticides are no longer necessary, meaning that vegetables and berries grow without competition from fungus and weeds, while reduced spraying benefits the growth of vegetables. Our research proves that steamed soil provides much higher yields, while also increasing food safety.

Fungus functions by breaking down organic materials. Reducing the amount of fungus in the soil means that the rotting process goes much more slowly, allowing root vegetables to be stored for longer, delivered to shops and eaten instead of going to waste. Research suggests that Northern Europe could be self-sufficient in many vegetables if they were grown in steamed soil, meaning not only that the region could secure its supply of many food crops but also that thousands of tons of vegetables would not need to be shipped across the continent.
Soil Steam gives farmers the ability to achieve higher yields on existing crops while simultaneously using fewer pesticides and herbicides. Moreover, storage time for several types of root vegetables can be extended, improving food security in Northern Europe.

But the wider context is complex – particularly now. Both the pandemic and the ongoing war in Ukraine have changed the outlook of many people in Europe, emphasising the importance of food production locally and across the European Union (EU) and kick-starting discussions about food security and the EU’s capacity to produce the food it needs. Products like sunflower oil are already in short supply in many places because of Ukraine’s reduced exports amid the war, and many food specialists are now warning of an increasing food crisis due to the fact that the large volumes of wheat normally exported from Ukraine will not be produced. Some estimates suggest that the price of a loaf of bread might increase to EUR 10 in Europe. To secure food production, it’s important that soil remains healthy and productive, but soil is now under pressure right across Europe. For example, cities are often surrounded by farmland and when they expand the surrounding areas suffer – a pattern that for many years has seen cities grow to the detriment of farmland. 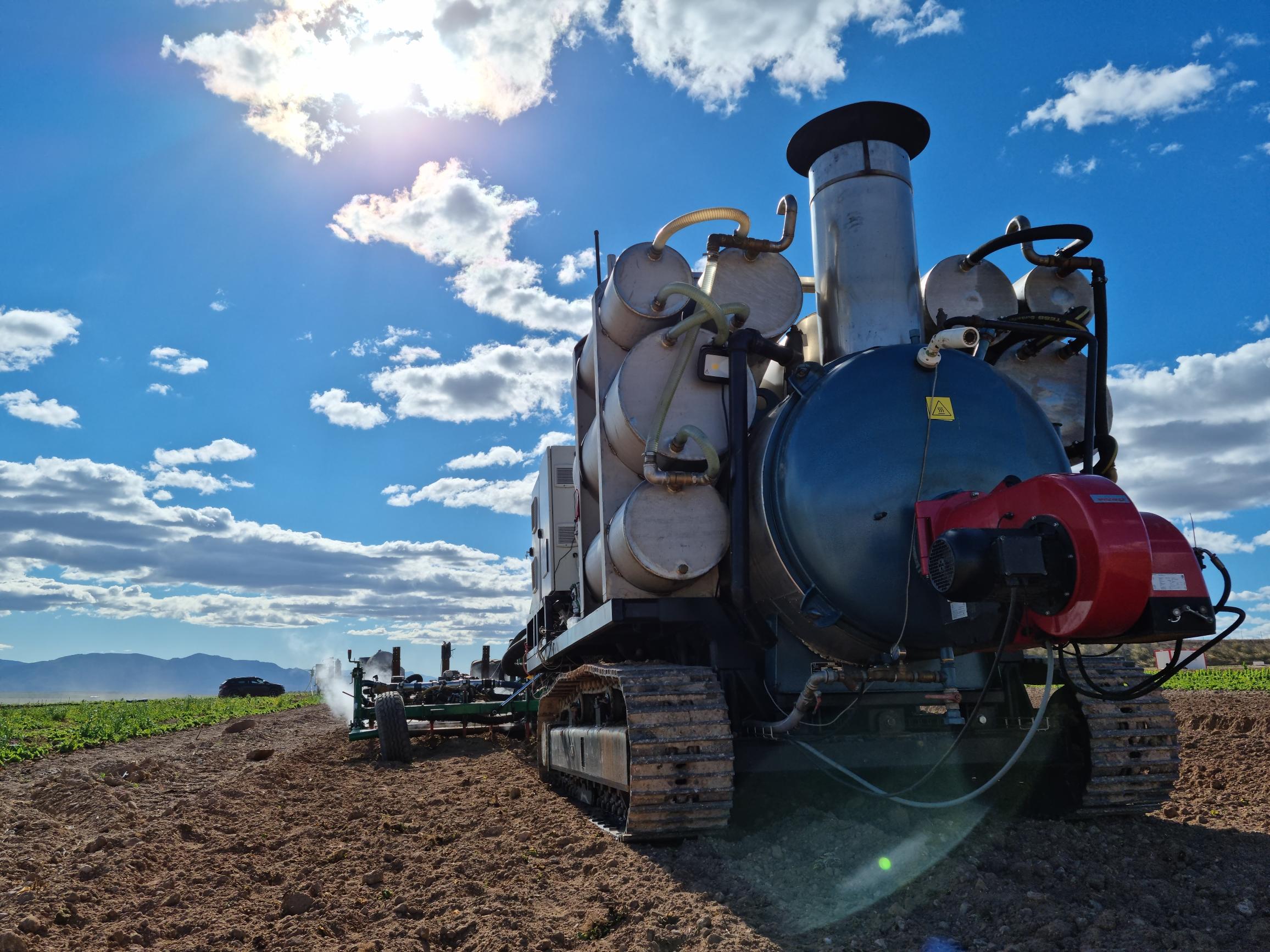 However, this pattern can be changed: the EU is in the process of making a soil law, with soil supposed to be seen as a valuable resource in the same way as air and water. We applaud this, and we are working with soil experts who claim that in a few years soil will receive the same level of attention that CO2 emissions and plastic waste enjoy now. Scientists from the Food and Agriculture Organization (FAO) claim that the world will run out of soil in 50 years if we continue today’s practices, a sobering thought given that 95% of all the food we eat starts with or in the soil.

Food security in Northern Europe is difficult to achieve. We have relatively small areas that are suitable for food production, and we also have short summers and long winters. This means that we must produce food on all available soil and that we have to maximise the utilisation of the soil and try to store food for as long as possible. Root vegetables such as carrots, parsnips and potatoes are stored for months, but unfortunately not for the whole winter: in Norway, one in three carrots is wasted rather than being eaten. Consequently, we normally import carrots and most other vegetables to Norway in the late winter and early spring every year. In Norway, we grow food on only 3% of the available land and import more than 50% of the food that we eat. Under normal conditions it is positive for countries to specialise their production based on local natural resources; there is no doubt that Spain and Italy have an advantage over Northern Europe when it comes to agriculture.

We are hopeful about the future. At Soil Steam International, we feel optimistic when we see that soil is finally getting the attention it deserves. We also welcome the fact that more and more pesticides are being banned, even though we understand that farmers still need to use some chemicals in order to secure yields. And we love to see that it is more difficult to get permission to build on agricultural land: we need all the healthy soil that we can get to secure future food production.